I have a confession to make: I am guilty of bragging on my Tower Garden.

“Why should I grow using a Tower Garden?” some friends will ask me.

I reply with a lengthy list of reasons why Tower Garden’s technology is the best, most cost-effective, and easy way for me to grow my own vegetables — reasons any Tower Gardener is surely familiar with:

“It gives me the freedom to grow crops any time of year.”

“It produces almost triple the produce as traditional gardening in much less time.”

“I can eat plants right off the system because I know they have never been sprayed with pesticides or chemicals.”

And, then, I’d throw in this statistic just for good measure — a fact I knew was an additional and important reason to grow using aeroponic technology, but one that I didn’t understand fully:

“Plus, it uses less water than a soil garden.”

Those friends would nod, but it was clear to me that less water wasn’t necessarily impressive to them, either.

It’s true, I always knew that Tower Garden systems used up to 98 percent less water than traditional growing, but that fact never meant much to me.

As it turns out, the fact that Tower Garden systems recycle water by sourcing and replenishing from a 20-gallon reservoir is an incredibly important environmental consideration of aeroponic growing. Learn more about aeroponics here. 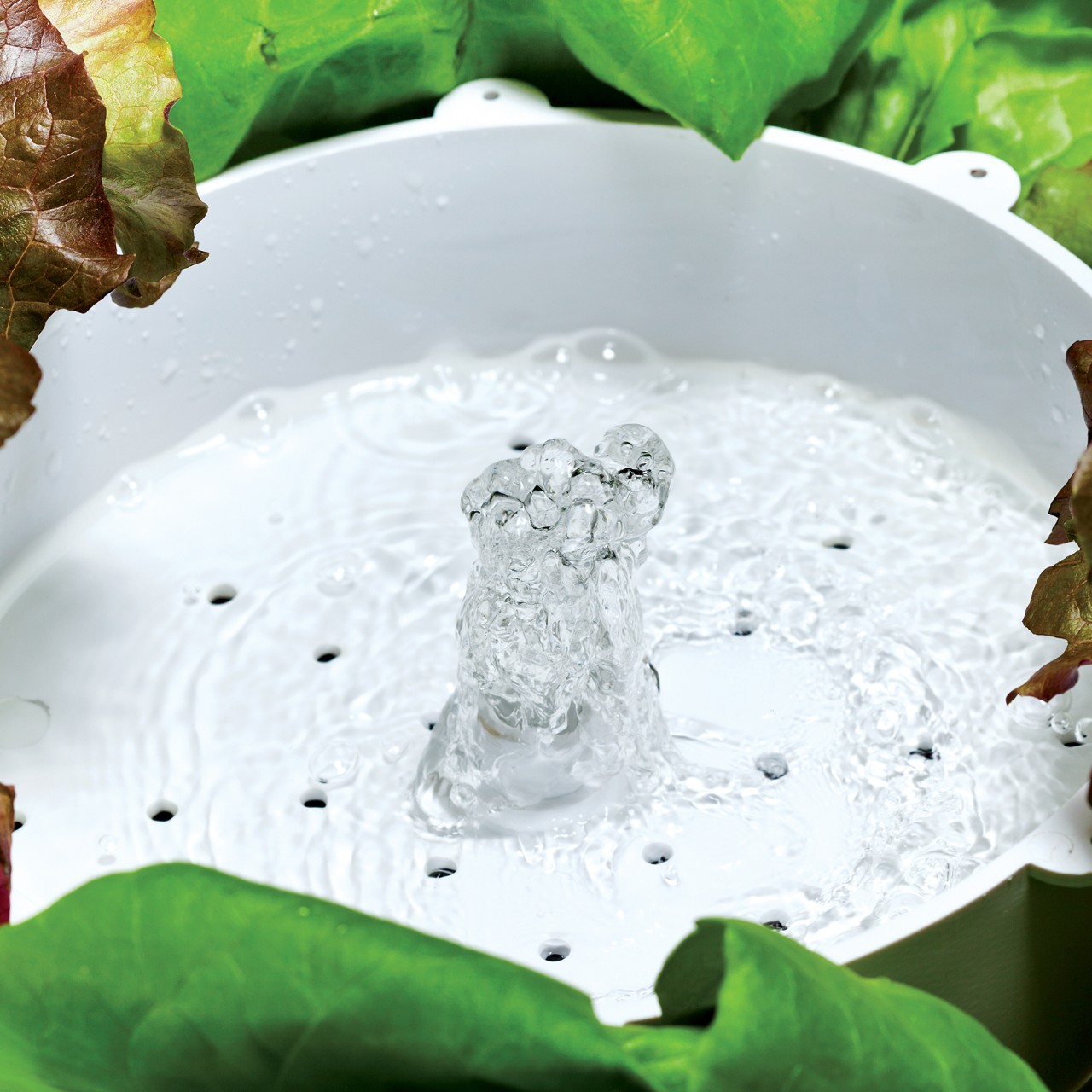 The importance of water conservation
When you consider that our home planet Earth is made up mostly of water, it might be difficult to fully appreciate how important conserving water is. Yes, when looking down from space, you see vast oceans and seas that cover the majority of Earth’s circumference with blue. And while those bodies of water serve as homes to many organisms and are necessary key players in the function of Earth’s larger ecosystem, they don’t readily provide water for human use.

In fact, according to The Global Environment Facility, “Water is the largest natural resource, but only 3% of it is freshwater, of which just 1/3 is accessible for use in agriculture and cities. The rest is frozen in glaciers or hidden too deep underground.” 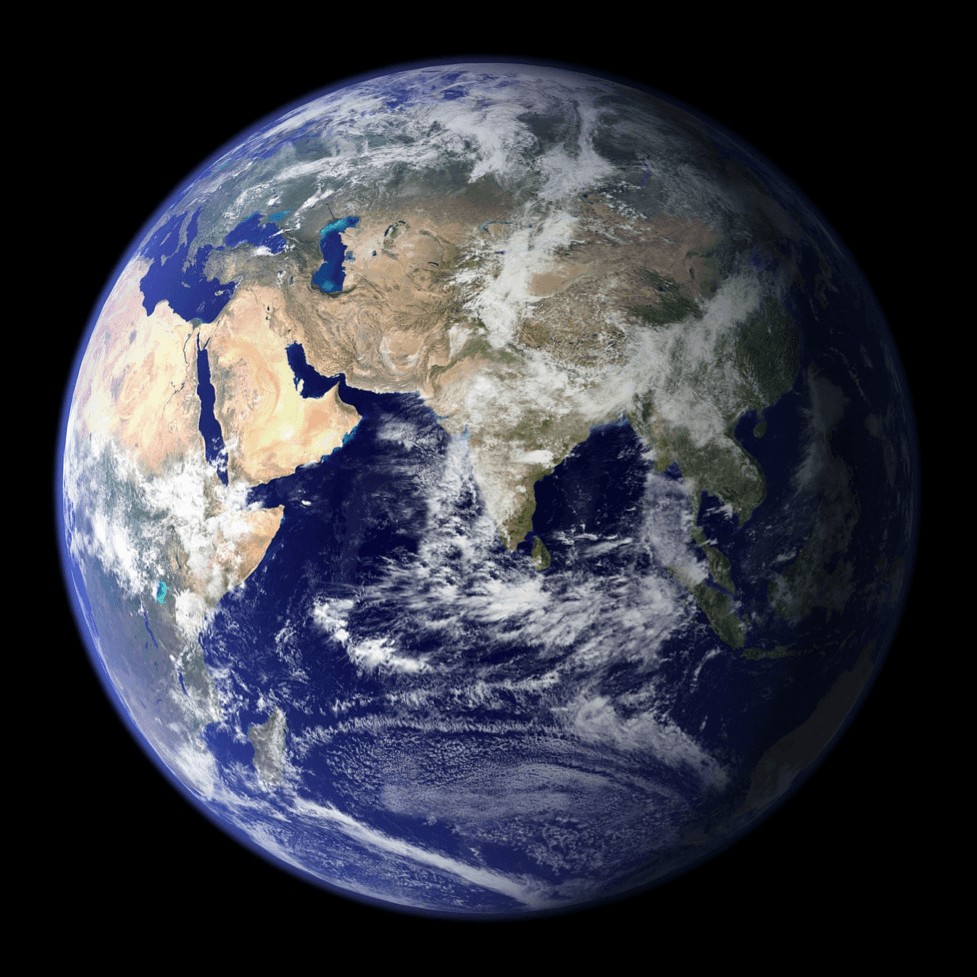 Most of the water suitable for human use is found in aquifers, underground stores of freshwater. This supply has been in high demand, especially with growing populations, climate change, and evolving agricultural needs. In fact, 40 out of 50 U.S. state water managers expect water shortages in their states by 2023.1

The Tower Garden reservoir acts as a miniature aquifer, holding freshwater that is pumped upward to nourish the growing plants in the unit. While the reservoir does need replenishing every now and then, for the most part, it functions using the same 20 gallons of water over and over again to grow your greens. That’s sustainability if I’ve ever seen it.

Bonus benefit!
Another more short-term benefit to using a sustainable watering method for your garden is freedom it gives you to leave it be. I know I’ve appreciated being able to leave my indoor Tower Garden unit for even a week at a time when I’ve had to go on out of town trips and vacations, knowing that the aeroponic technology will recycle the water from the source and take care of my garden for me. Imagine actually having to use a watering can, hose, or sprinkler system to water your precious plants. After being spoiled with aeroponics, all of that sounds like too much work!

The next time I brag on my Tower Garden, I have some new facts to share with interested parties.

Yes, it gives me delicious fruits and veggies.

Yes, it cuts down on my grocery bill.

But guess what else it does? It makes me proud to say I’ve chosen a way to locally source my food that is good for the planet. Who else can say they grew their dinner using only 2 percent of the water needed to grow the greens on someone else’s plate? 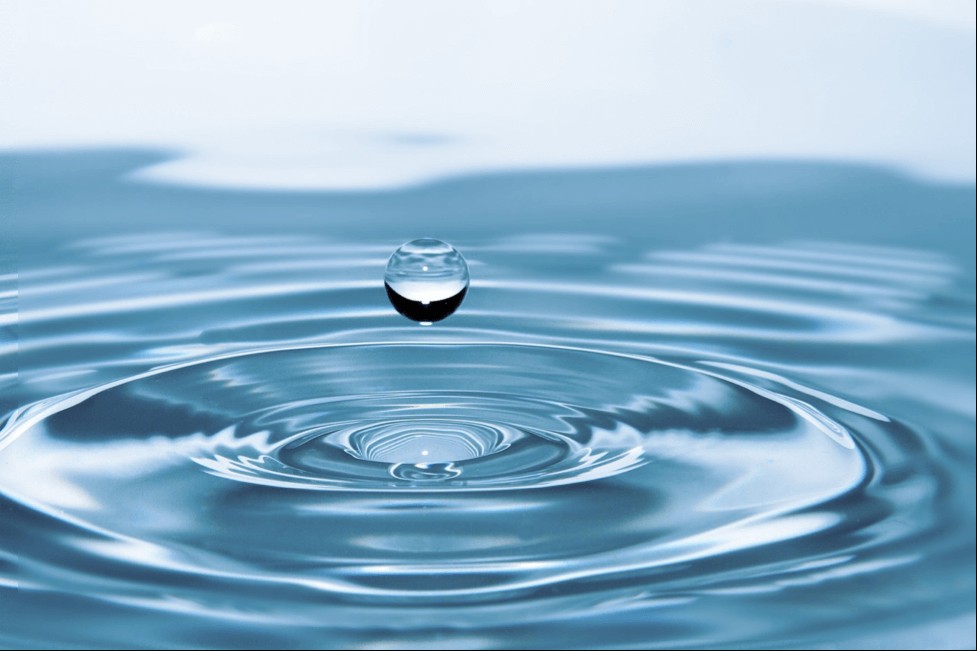 If you’d like to learn more about the environmental benefits of sustainable agriculture, we’ve got you covered here. And be sure to check out Tower Farms, which uses our same aeroponic technology to grow food at scale.

How have you thought about the water conserving nature of Tower Garden? I’d love for you to share in the comments below.


Next Post
Ready for a New Challenge? It’s Time to Amp Up Your Tower Garden

Want to leave a comment? We'd love to hear it. Please note that all comments are moderated. Anything resembling spam will be deleted. Try to make this a meaningful conversation for all involved.